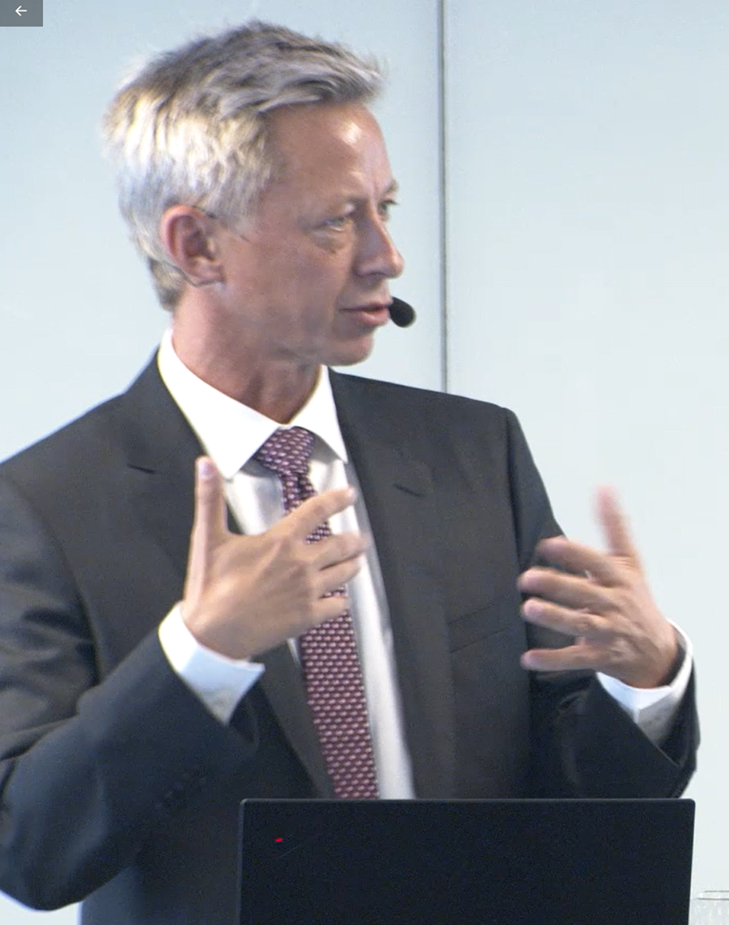 See below for a list of my talks and speaking engagements over the years. This is not a complete list. I enjoy engaging with an audience or just having a discussion.

I have also done many institutional presentations at Umeå University and elsewhere. During my tenure at HUMlab I presented the institution, digital humanities and related matters hundreds of times. I take genuine delight in talking about the institution I represent and about the work carried our by colleagues and collaborators. Visiting delegations at HUMlab included international delegations from all over the world, the Board of the Wallenberg Foundation, several government ministers, the county governor, the Swedish Research Council (including the chair), Riksbankens Jubileumsfond (a major humanities-social sciences funding agency), the Swedish King and Queen, regional boards, CEOs of large companies, groups from Parliament and EU delegations. Such presentations are not included in the list below.

[141]
Om digitaliseringen av högskolan [On the digitization of higher education]
Seminar in the Swedish Parliament (Riksdagen). Participants included the Minister of Education and Research
May 2, 2018

[130]
Roundtable discussion on infrastructure
Invited speaker/participation with Shannon Mattern
Part of a network meeting for a group of graduate students as part of a UCHRI initiative across the UC universities
UCLA
November 3, 2017

[129]
Why should the Humanities Care about Infrastructure
Inaugural lecture in the new Digital Humanities Center
San Diego State University
November 9, 2017

[118]
Who Disrupts Whom? The Digital Humanities as a Contact Zone
University of California at Irvine
UCI Humanities Commons [abstract]
February 23, 2015

[117]
Roundtable: Genres of Scholarly Knowledge and Production
Beyond the Digital Humanities: FInal Network Event [program]
Digital Methods in the Arts and Humanities (NeDiMAH)
University of London
May 5, 2015

[116]
Inside-Outside-In Between
Professional Training in the Arts and Humanities Course
Ph.D. student program
Uppsala University
May 8, 2015

[115]
Visualizing Big Data: Inside and Outside the Single Screen [stream]
Reconsidering Humanity: Big Data, the Scientific Method, and the Images of Humans [program]
University of Gothenburg
Keynote presentation
June 26, 2015

[111]
Digital Experiments
Inauguration of Umeå as the Cultural Capital of Europe
January 31, 2014

[95]
The Digital Humanities as a Trading Zone
Lecture by invitation
Australian Academy of The Humanities and Australian National University, Canberra
March 22, 2011

[94]
The Evolution of Digital Humanities as a Field
CRASSH, University of Cambridge [abstract]
October 12, 2011

[91]
From Optical Fibre to Conceptual Cyberinfrastructure: A Vision for the Digital Humanities
University of California Los Angeles
Nov 10, 2009

[85]
The Landscape of Digital Humanities
University of Alberta, Edmonton
November 6, 2008

[79]
From floor tiles to blog opera. Days of the Media Labs
PICNIC and MediaGuild. Amsterdam
September 26, 2007

[78]
Innovation and order to the table: HUMlab, QVIZ and a Virtual Worlds Timeline
Keynote. Intelligent Access to Digital Heritage. Organized by Ministry of Culture, Estonia
October 18, 2007

[76]
Stepping up and back: Cyberinfrastructure for the Humanities
RMIT, Melbourne. Sponsored by The Design Institute, the MCD Studio and the School of Applied Communication
November 22, 2007

[62]
Intertwined Spaces: student empowerment in virtual worlds
The Institute for Advanced Technology in the Humanities, University of Virginia
March 3, 2005

[57]
Kommunikation i virtuella världar
[Communication in virtual environments]. Seminar at the Centre for Speech Technology at the Royal Institute of Technology (KTH), Stockholm
June 10, 2004

[55]
Virtual Learning Spaces: beyond the shallow, real and disembodied
Presentation at The Stanford Center for Innovations in Learning (SCIL), Stanford University
October 6, 2004

[54]
Living at the intersection of the Humanities and Information Technology
HvA/Waag Society, Amsterdam
November 30, 2004

[52]
The Humanities and Information Technology: New disciplines or a new University?
Seminar at Centre for Computing in the Humanities, King’s College, London
December 2, 2004

[50]
Möten och mobiltelefoner
[Meetings and Information Technology]
Lecture for all of the Umeå University administration (I was the “secret guest”)
December 23, 2004

[20]
Från automat till arena: undervisning i virtuella miljöer
[From automat to arena: teaching in virtual environments]. Paper presented together with P-O Ågren at the University Pedagogics Conference, Umeå University
February 19, 1999

[18]
IT på en språkinstitution
[IT at a language department]. Seminar at Luleå University
March 10, 1999

[17]
IT i språkundervisningen
[IT in language teaching]. Paper presented at the national LMS conference (teachers of modern languages).
March 20, 1999

[16]
IT på en språkinstitution
[IT at a language department]. Seminar arranged by Centrum för utbildningsteknik.
April 20, 1999

[14]
Crossing the threshold
Paper presented at the Ämneskonferens in Karlstad (national conference for university language teachers) together with Pat Shrimpton.
May 6, 1999

[13]
The place of corpus studies in cognitive linguistics
Departmental seminar. Umeå University
May 14, 1999

[12]
The place of corpus studies in cognitive linguistics
Paper presented at the ICAME conference, Freiburg, Germany
May 27, 1999

[11]
Information technology in the Humanities.
At the Centrum för studier av IT ur ett humanvetenskapligt perspektiv, Borås.
June 3, 1999

[6]
Breaking the barriers through virtual reality: applications of entertainment technology in the academic field of language learning
Together with Pat Shrimpton. Seminar arranged by CUT.
November 16, 1999

[1]
Introducing IT at a language department
Presentation at University of Victoria, Victoria, Canada
December 10, 1999